What Could the HEROES Act 2.0 Mean for Restaurants? 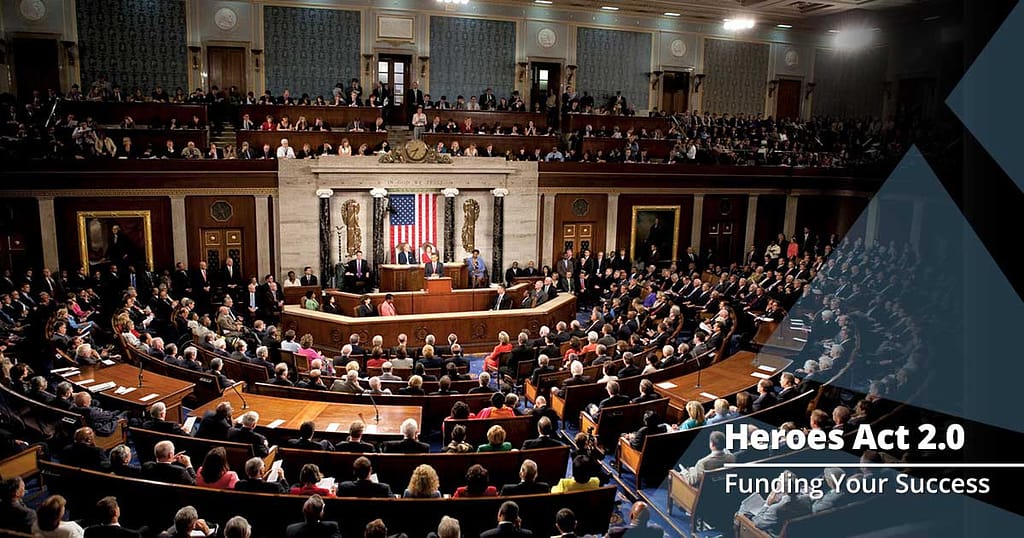 On September 28, 2020, the Democrats in the House of Representatives passed another package aimed at coronavirus relief—the HEROES Act 2.0. With a price tag of over $2.2 trillion (yes, trillion), it offers hundreds of billions of dollars in emergency assistance for state and local governments, childcare and schools, contract tracing and healthcare needs, and much more. So what Could the HEROES Act 2.0 Mean for Restaurants?

You may remember the Health and Economic Recovery Omnibus Emergency Solutions (HEROES) Act that was originally passed by the House in May, the one valued at $3.4 trillion. This latest version is scaled back in an attempt to get traction in the Senate, but it also includes another set of stimulus checks and an extension of the $600/week unemployment benefits that expired at the end of July.

As part of the HEROES Act 2.0, there’s also $120 billion in relief geared to the restaurant industry. Dubbed the Real Economic Support That Acknowledges Unique Restaurant Assistance Needed To Survive (RESTAURANTS) Act, it would provide financial assistance through a grant from the Treasury Department. Why now? According to the Act, “Only one in five restaurant owners subjected to state-mandated dine-in shutdowns said they felt confident they could keep their restaurants running.” Who benefits? This round of funding would be geared toward smaller, independent bars and restaurants and caterers. You’ll recall the backlash from restaurant owners over the Paycheck Protection Program (PPP) earlier this year, which saw big businesses take millions in aid originally meant for the smaller guys. The key difference in the RESTAURANTS Act is that the funds only apply to establishments or franchises with less than 20 locations.

The RESTAURANTS Act would provide grants to make up the difference in revenue between 2019 and 2020 (projected). Grants can be used to cover such expenses as payroll, rent, food costs, debts, and more. Some other key provisions in the Act state that the initial 14 days of funding will be “made available to restaurants with annual revenues of $1.5 million or less to target local small restaurants, particularly those that are women, veteran, or minority-owned and operated eligible entities that are owned or operated by women or people of color.” And unless the business closes in 2020, business owners are not expected to pay back any of the grant money.

Should this pass the Senate, it would prove to be a big relief for many struggling small restaurants out there. And if you read through the text, it looks like the authors of the RESTAURANTS Act took into account the biggest upsets seen from the initial PPP loans. Big chains won’t be able to storm the application process, and women- and minority-owned businesses get a little boost thanks to $60 million allocated to program outreach to these communities. As with many things these days, we’re in a “wait and see” moment when it comes to passage of this bill. But for now, there is hope. At least in the House.

What Could the HEROES Act 2.0 Mean for Restaurants?

Spice up your inbox!

Sign up to receive the latest restaurant industry news and financial tips to help grow your business: