Has Pet Ownership Decreased Anxiety During the Pandemic? 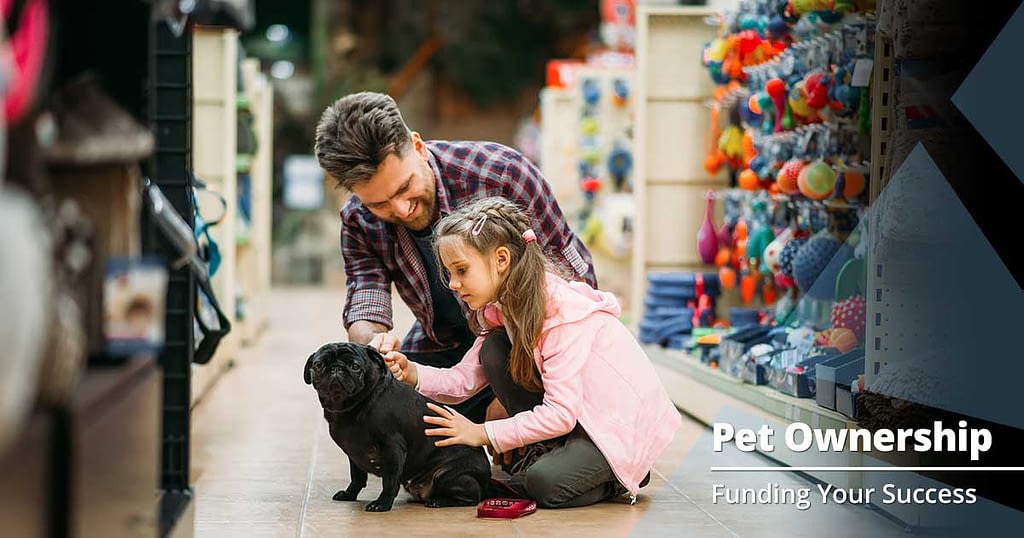 If you’ve seen an uptick in sales this past year, it’s likely because the nation has seen a bit of a pet boom. In fact, it’s estimated that over 11 million households in the United States alone have gotten new pets since the beginning of the pandemic. That’s a crazy amount of dogs, cats, birds, you name it! Even the amount of foster pets has gone up significantly, to the tune of 8 percent. One reason folks are acquiring new furry friends is that they’re home more, so what better time to get that puppy or kitten you’ve been promising the kids for the past decade? Additionally, there’s research to support that owning a pet actually reduces anxiety—something many Americans have in spades thanks to this global outbreak called COVID-19.

While studies in the mental health effects of pets are still in the early stages, it has been reported by the National Institutes of Health that “Interacting with animals has been shown to decrease levels of cortisol (a stress-related hormone) and lower blood pressure. Other studies have found that animals can reduce loneliness, increase feelings of social support, and boost your mood.” Pets are also companions that can help us reach fitness goals. If we’re taking the family dog out for a walk several times a day instead of hiring someone to come do it while we’re at the office, that’s some mileage we weren’t otherwise putting on our sneakers. And increased physical activity is a mood-booster in itself.

But has owning—or fostering—a pet done any good for anxiety during the pandemic? One would reason to say yes, but it’s tough to gauge. On the one hand, we are turning to our pets to help us navigate this weird, stressful, scary scenario that’s been playing out for over a year now. We rely on them more than ever, for everything from companionship to keeping us in a steady routine. There are probably some folks out there in a really bad mental place who might only be getting out of bed each day because of their responsibilities as a pet owner. We can’t exactly physically touch another human these days, let alone hug them. But who always wants a hug? Or a belly rub, or chin scratch? The dog (or cat, guinea pig, turtle, whatever you got).

It’s tough to pin down numbers in support of the argument that pet ownership has reduced anxiety in people during lockdown, since it’s only been a year (we know… “only” isn’t a great word for it, but in the research world it’s not long at all). One study in the U.K. found that over 86 percent of pet owners surveyed reported that their animals gave emotional support. The National Poll on Healthy Aging found that among older adults aged 50-80, nearly 80 percent said owning a pet helped reduce stress. And that was before COVID-19 hit.

Pet ownership has given a lot of people motivation, increased their physical activity, helped keep them in a routine, and provided the emotional support that so many of us are just not getting these days. We can reasonably conclude that having a fur baby around during this pandemic has done more good than harm—especially for those prone to stress and anxiety.

Has your pet store experienced a surprising amount of growth this year? It might be time to consider opening up another location or bringing on new staff. And if that’s the next logical step for your business, consider a line of credit from ARF Financial. We’ll pair you with a seasoned loan consultant who will listen to your needs and work with you one-on-one to create a loan that works for your business. Learn more about the benefits of a line of credit from ARF Financial here!

Spice up your inbox!

Sign up to receive the latest restaurant industry news and financial tips to help grow your business: